The message from our CEO

ACB PUME is above all a women and men history involved in a comom project.

Involved and willfull, our teams are attached to the Company and its values that we share daily.
That means respectful, listening and caring values.

I want ACB PUME to develop in a healthful environment in the inrestest of all.

The place of the Company in its ecosystem is essential, and we have keeped for many years narrow relations with our partners, suppliers, schools, etc… to make our contribution to the Society.

The link with everybody is as important as our customers satisfaction.
we work hard modestly and with ambition every day to comply with our customers demands, to fullfill our commitments, to assume our choices and our decisions, to be always present !

Despite these troubled times, we remain quiet to let our teams be well-rounded.
We are fully committed to the well-being of everybody, to let everyone work peacefully for the benefit of all.

« alone we go faster, together we go further » – African proverb

Our involvments and our values are composed of three themes : the Society, the Human and the Environment.

ACB PUME is a citizen’s Company who takes part to local activities in all its forms. Firts of all with proximity employement, with welcoming of trainees from schools and universities, with youngs and adults who would like to be reconverted and trainees who wish being trained and seing the Company day-to-day. We also work with partners for the integration of persons suffering of a handicap. Then, we work in priority with local suppliers and sub-contractants. We are involved in several parterships with local sport associations and local companies. We also participate in local commerce by dispatching every year to our employees some “city cheques” to spend locally.

« When you tell me, I forget. When you teach me, I remember. If you involve me, I learn » Benjamin Franklin

The social involvment, the Human above all… one of our Comany’s priority.

ACB PUME is a human scale Company who has always advocated for the team-oriented-work, for the respect and for exchanges. This involvment goes beyond the rules enforcement based on health, safety and hygiene at work and on the whole labour law. We ensure a vital balance to our empoyees, we reduce painfulness of work on versatility and diversity of jobs. For this, we have optimized lighting and insulation and invested in several individual and collective protective measures. We focus on training, on the evolution, on professional and personnal, which let our employees feel good at work. The social involvment means getting our customers satisfaction and loyalty aswell, providing quality and being transparent.

« the best for a Company is not the result from one-man-work. It comes from a whole-team-work. » Steve Jobs

The Environment involvment is the one that will be the most influent tomorrow.

Located in the center of Auvergne, ACB PUME is a Company who has been sensitive to the environment for a long time. Progressively, we have implemented actions, means to separate and recycle production waste, to reduce our paper consumption, to separate and enhance our administrative waste, to act on our water and power consumption. We have replaced our iodide lighting by LED ones, that are enjoyed by everybody, we also optimize our business travels and we remain vigilant to carbon emission by choosing low-carbon-vehicles. The park maintenance, the trees and pond protection support nature respect and make ACB PUME site be a favorable site.

Compliant to our Identity, our involvments and our values are humble, faithful, respectful and efficient.

Didier CINQUIN, its General Director leaves LCB Complany (Régnié Durette 69), is involved to lead the Company, to improve the oranization and the industrial development by increasing sub-constracting for famous industrial manufacturers.

The financial and economic crisis from 2008(09) has not spared the recently established Company who must face this never-seen-economic situation and must deploy of ressources and of work organisation.

Despite of it, investments are made to upgrade production means by purchasing a PLASMA MESSER cutting machine equipped with a HT2000 and with the first welding robot (FANUC RJ3iB).

Believe in the future, be organized and succeed… !

The staff and Managers are together overall effort and stand against adversity and doubt.

New investments are made… among others an folding machine (ERMAK 320T -4m) and a 2nd welding robot (MOTOMAN SK16).

« They didn’t know it was impossible, so they did it » – Mark Twain

The Company has a such organization that everybody is satisfied, and especially the customers who confirm their confidence and increase their involvments.

In this continuous improvement philosophy, the Company buys a 3rd welding robot (OTC DR4000) and impove its manual welding tools.

Innovation is at the center of our projects !

To be compliant with the standard evolution, the Complany designs a new TRIGGER System ® coupler and applies for an innovation patent that improves safety and comfort during manual attachement changes.

Expans and advance… turnover as high as 4.7M€

The Company goes on its industrial and commercial development, with projects and a shown desire to succeed !

Due to too narrow facilities, the Company creates new offices (compliant with RT2012-area 180m²) and a new workshop (area 480m²) in which the 4th welding robot is placed (Rti 476S Igm).

TRIGGER System ® is developped with the TS-H (hydraulic coupler with self-adjustments) that completes the products range !

Designed for excavators higher than 8T, it is adjusted to the TRIGGER standard measures and to the OEM measures.

The Company goes on the improvement of its production equipment, for better results, efficiency and safety with :

During a nice sunny day, the staff and its managers together as many as a hundred persons celebrate their succeed along all these work years, with doubt and perseverance.

Somes figures over these ten years… ! ACB PUME has delivered to its sister Company ACB over than 92 000 buckets, has manufactued over than 1500 agricultural attachements, and over 900 T of casting-parts….

In continuity … and towards new ambitions.

Focused on new export ambitions, Didier CINQUIN is stimulating a new dynamic and initiating many projects towards the digitization of data and digital, with the creation of a new graphic identity, a new website.

Keep the direction ! Against all odds…

It was without counting without a new crisis, “health” and “economic” which upsets the certainties and obliges the company to a new questioning of its organization … And yet the economic model of the company holds good and confirms its resilience.

The manager’s vision, the support and commitment of the teams make it possible to create emergencies in this crisis situation. The projects are progressing despite everything … and the course is held.

Among the new investments made, a CMZ – TD-30-Y-1350 / Fanuc 32iTB lathe reinforces the machining capacity.

Our Know-how - our tools 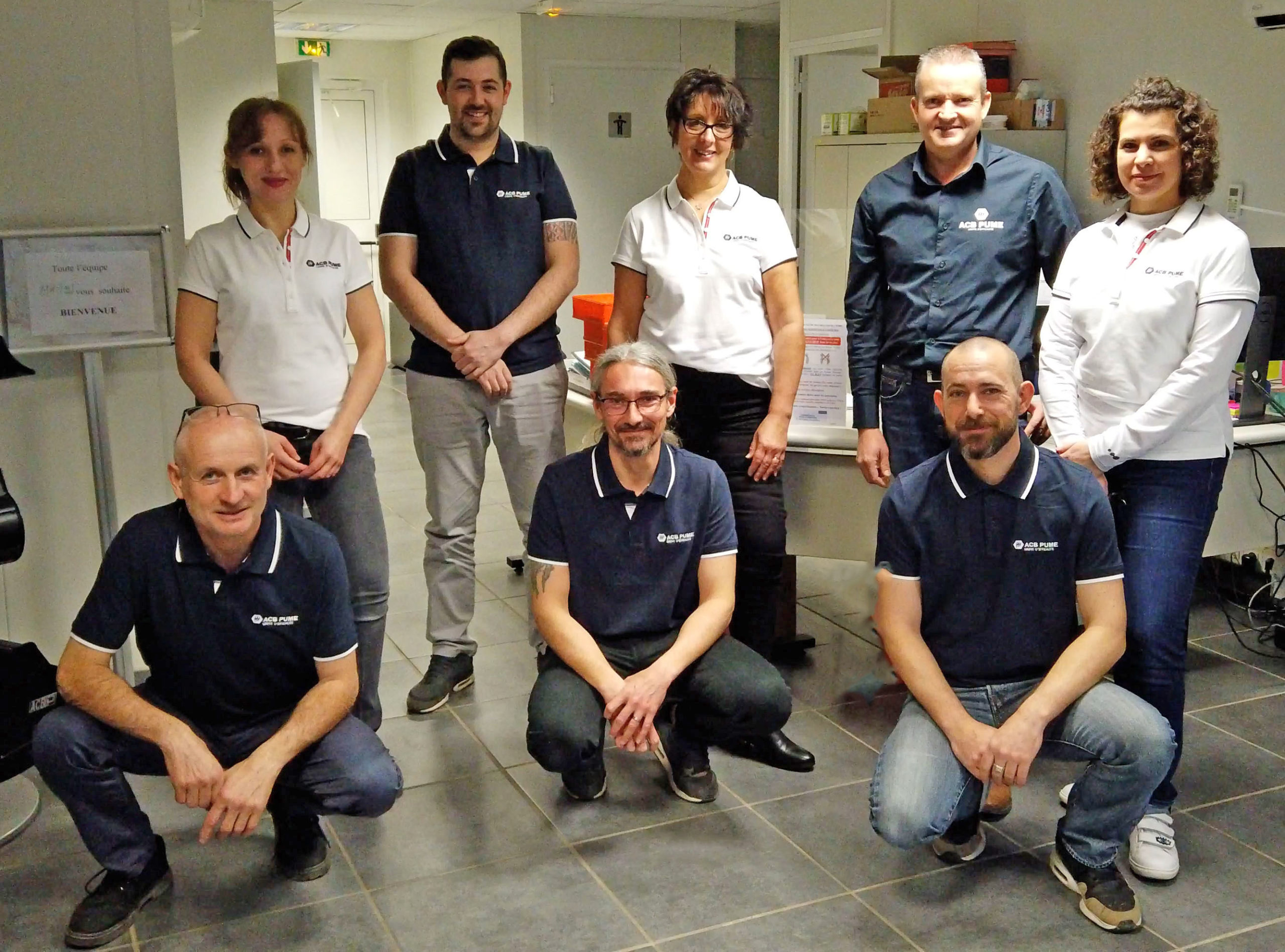 to sum up…, ACB PUME is a human-sized-Company

Several apprentices whose level is from BAC to BAC + 3, and 6 to 7 trainees a year

that means about 40 persons including 10 supervisors who are the team leaders. 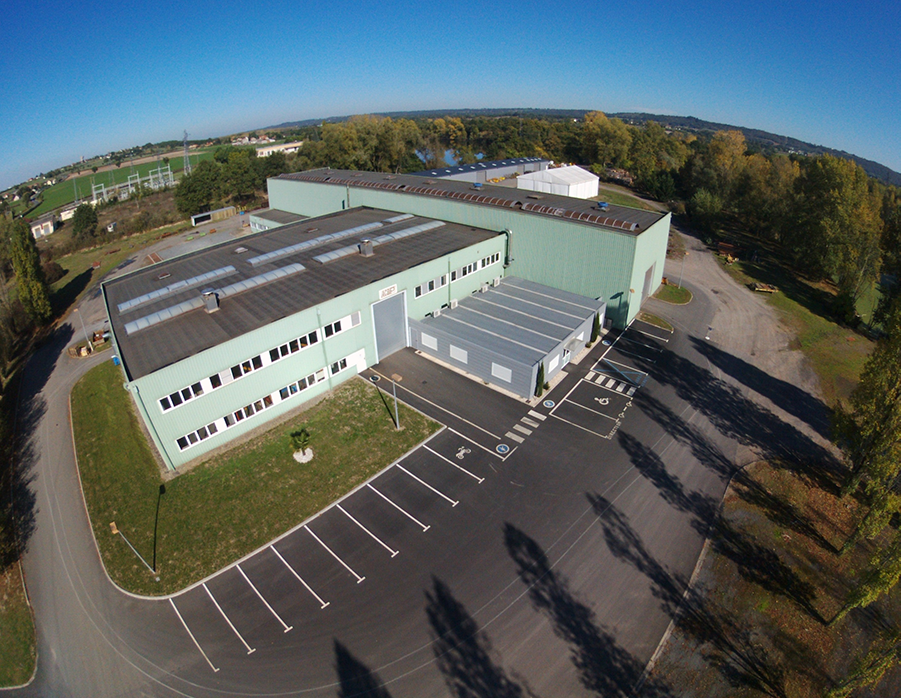 The site – in the center of the “Bourbonnais” region… over 6 closed hectares. 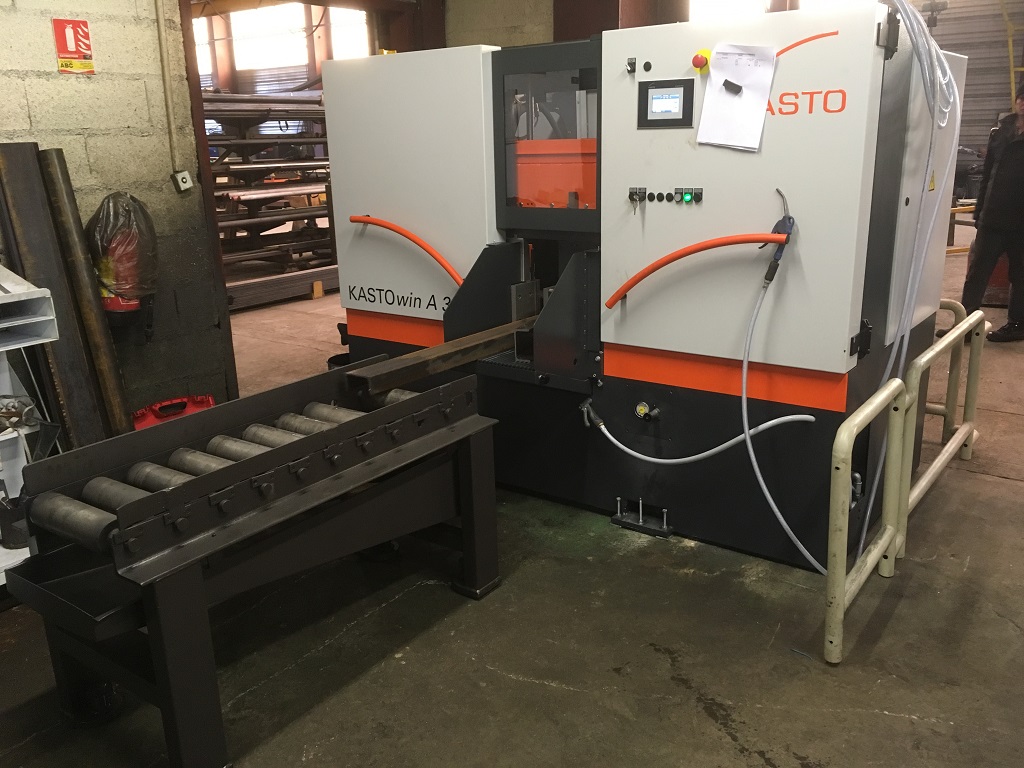 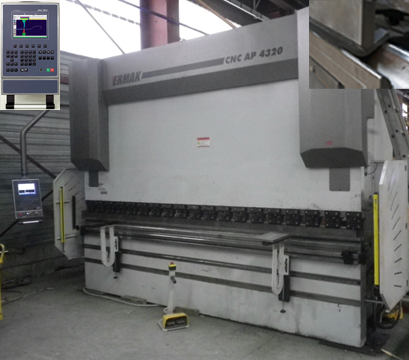 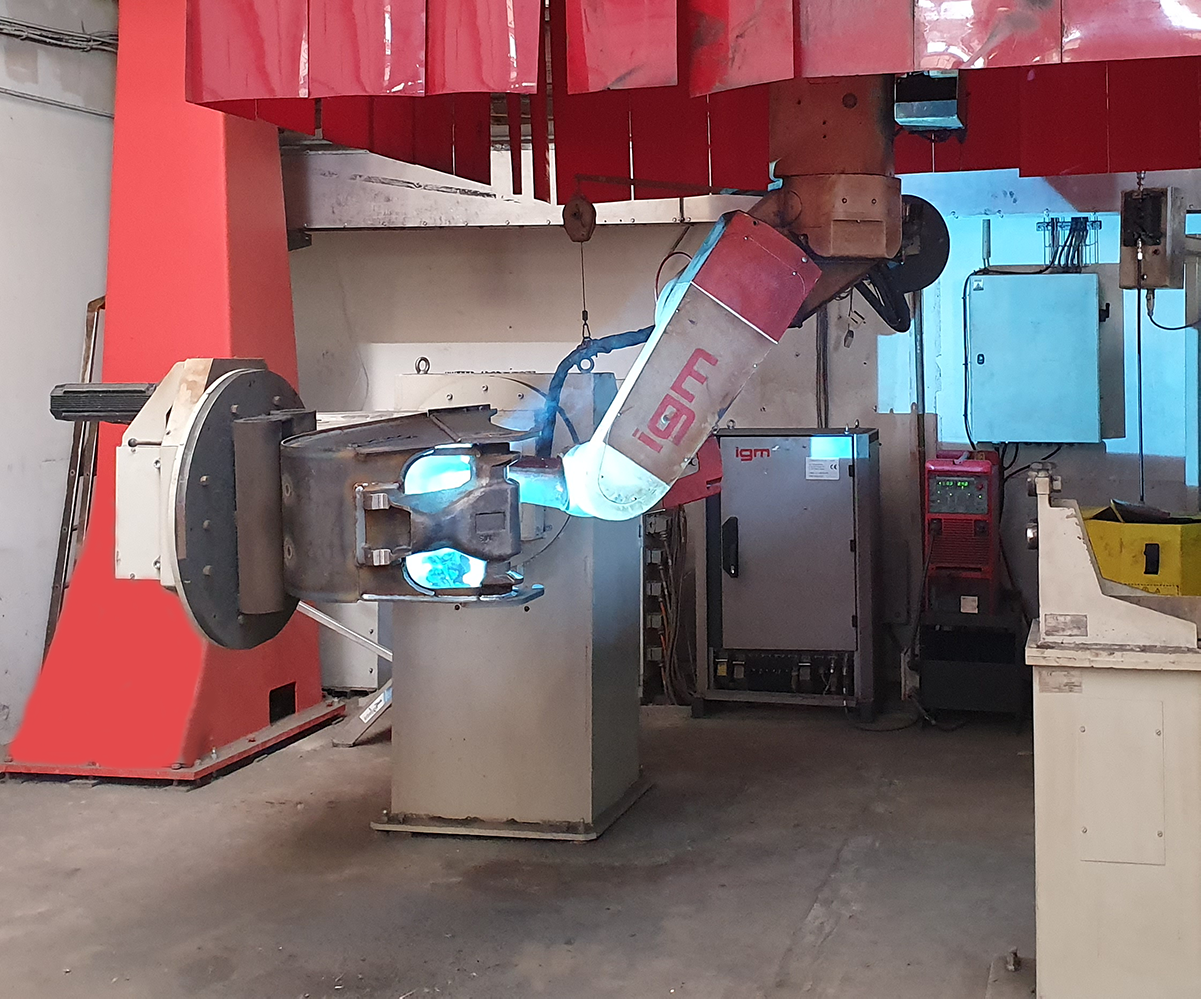 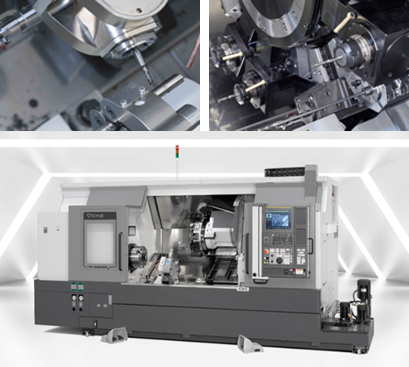 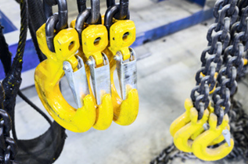 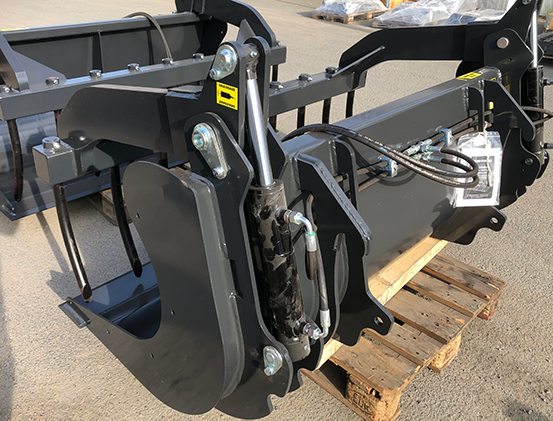 Our own products and sub-contracted products 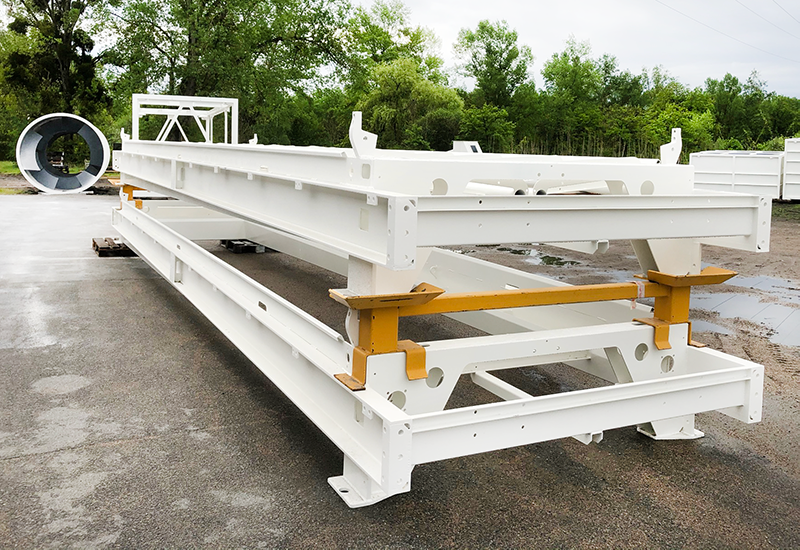 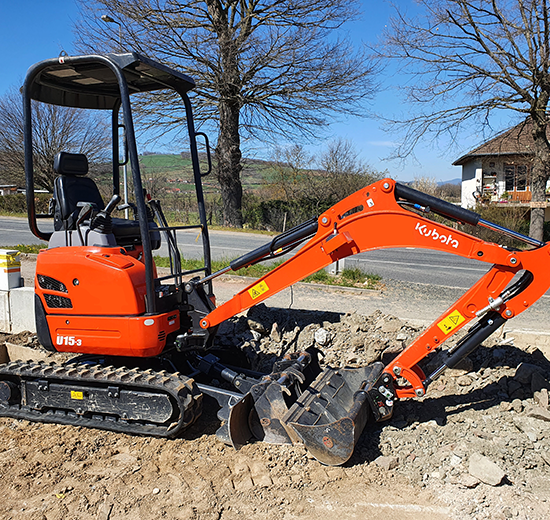 Our own TRIGGER System® and ACBP® products 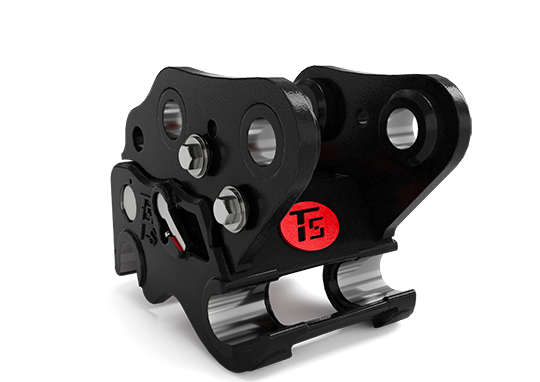 TRIGGER System®
We use cookies on our website to provide you with the most relevant experience by remembering your preferences and repeat visits. By clicking on "Accept", you agree to use ALL cookies.
Cookie ParametersAccepter
Manage consent

This website uses cookies to improve your experience while you navigate through the website. Out of these, the cookies that are categorized as necessary are stored on your browser as they are essential for the working of basic functionalities of the website. We also use third-party cookies that help us analyze and understand how you use this website. These cookies will be stored in your browser only with your consent. You also have the option to opt-out of these cookies. But opting out of some of these cookies may affect your browsing experience.
SAVE & ACCEPT